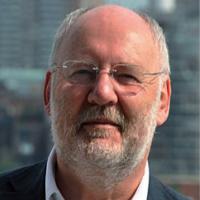 international community of former students, architects and academics in the 40 years between the launch of his academic career at UBC in 1977 and his recently transition to emeritus in 2017. Although his education is in engineering and science, he has spent his entire career in the field of architectural research and education and is an Honorary Member of the Architectural Institute of BC and a Fellow of the Royal Architectural Institute of Canada. Ray is particularly renowned for his outstanding teaching and gave many courses in topics related to environmental issues, regenerative design, and environmental performance in building design to hundreds of students of architecture. He was an inaugural recipient of UBC Excellence in Teaching Prize in 1990. Ray was also a Director of the School of Architecture and Landscape Architecture and Academic Director of UBC's Centre for Interactive Research on Sustainability. In 2001, the American Association of Collegiate Schools of Architecture, an association of 200 architecture schools named Ray a Distinguished Professor for his sustained commitment to building environmental research and teaching and was recognized as a UBC Distinguished University Scholar in 2003.

Ray is equally well known for his contributions to the profession. In 2003, he received the US Green Building Councils Green Public Service Leadership Award. He was the recipient of the 2008 Sustainable Buildings Canada Life-Time Achievement Award and the 2009 Canada Green Building Councils Life-Time Leadership Award. He also received the AIBC’s Barbara Dalrymple Memorial Award for Community Service, has been recognized as a Fellow of the Cascadia Chapter of the US/Canada Green Building Councils and a World Green Building Council Chairman's Award in 2012. Ray’s work and influence has also made significant and enduring impact on professional practice and architectural design around the world. He was a co-founder of the Green Building Challenge in 1998, an international collaborative effort to benchmark progress in green building performance and environmental assessment that has evolved into the World Sustainable Building Conference series. He has served on many design competition juries including those of the LaFarge Holcim Foundation for Sustainable Construction Awards (the largest global design competition) for North America in 2008 and 2011, and as Head of the Jury in 2017.