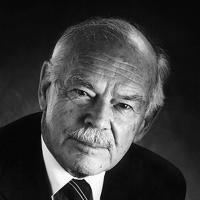 A world leader in the development and successful adaptation of new technologies to the steel manufacturing industry, Gerald Heffernan pioneered the efficient, self-contained steel production facility known as "mini-mills,” which now account for a third of the world's steel output. Gerald went on to establish six steel mills based on advanced electric arc furnaces and continuous casting technology, and built industry leading Canadian steel-making company Co-Steel.

Throughout his career, Gerald has placed both his business and scientific talents at the disposal of his country. He served as a Director of the Business Council on National Issues, a Director and Vice-Chairman of the Canadian Institute for Advanced Research, and was a member of the Ontario government Committee on Government Productivity and member the federal government’s Neilson Commission.

Gerald is an Officer of the Order of Canada, and he was inducted into both the Canadian Business Hall of Fame and the Canadian Science and Engineering Hall of Fame. His other accolades include the AIME Benjamin E. Fairless Award and AIME Honorary Membership, the OPEA Gold Medal, and the Tadeusz Sendzimir Memorial Medal from the Association for Iron & Steel Technology.

Passionate about helping engineering graduates turn their research innovations into viable start-up companies, Gerald has already supported over ten companies through the commercialization fellowships he has established at UBC.