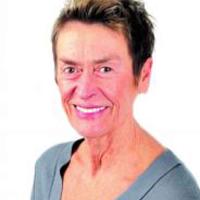 Leonie Sandercock has been a professor in the School of Community & Regional Planning at UBC since 2001. She co-created with the Musqueam Nation the Indigenous Community Planning program in SCARP and also chaired the PhD program for 15 years. Her main interest is in working with First Nations, through collaborative community planning, using the medium of film as a catalyst for dialogue, healing, community development and cultural revitalization. Her current project is a community-driven feature film (Edge of the Knife) in partnership with the Haida Nation and the Inuit film production company, Kingulliit. This film premiered at TIFF in 2018 and was awarded Best Canadian Film at VIFF. Leonie now has a SSHRC grant to evaluate the impact of the film in the Haida community.

Her books include Making the Invisible Visible (1998); Towards Cosmopolis: Planning for Multicultural Cities (1998); Cosmopolis 2: Mongrel Cities of the 21st Century (2003); Multimedia Explorations in Urban Policy & Planning (2010); and, with Giovanni Attili, the documentaries Where Strangers Become Neighbours (2007); Finding Our Way: Beyond Canada’s Apartheid (2010).