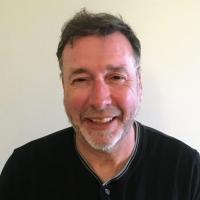 UBC Engineering Physics alumnus (BASc 1980) Colin Harris is one of the most successful technology entrepreneurs in British Columbia. He co-founded and became the COO of PMC-Sierra (now Microchip), a NASDAQ-listed semiconductor company and local tech success story.

A major player in and supporter of the BC entrepreneurial community as both an angel investor and mentor Colin currently advises many of the vibrant startups in Vancouver.  Colin has also served on the boards or advisory boards of more established companies such as Redlen Technologies, Yaletown Venture Partners, the Global Semiconductor Alliance and the Design for E-Beam Initiative, among others.

A founding partner of CDL-West, Colin has not only made contributions to the wider entrepreneurial community, but significantly impacted engineering students and the Faculty of Applied Science. In the late 1990s, he contributed to two important endowments in the Department of Electrical and Computer Engineering (PMC-Sierra Inc. Founder’s Award in Electrical and Computer Engineering) and the Engineering Physics Program (PMC-Sierra Engineering Physics Professorship in Communications and Networking).

Colin is also the holder of five patents in microelectronics.