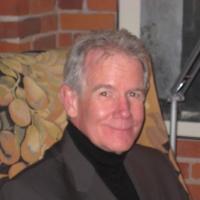 Bryce Rositch is the founder and principal of Rositch Hemphill Architects, a highly respected and award-winning architecture firm in Vancouver. He obtained two degrees at UBC, graduating from the School of Architecture in 1980, becoming a registered architect in 1982 and opening his own practice in 1984.

His guiding philosophy is to give generously in life. Early in his career he started volunteering with the Architectural Institute of British Columbia, was elected to Council and served as treasurer and then president. During that time he was involved in the profession nationally and internationally.
A Fellow of the Royal Architectural Institute of Canada, he has and continues to participate in a wide variety of community panels, committees and boards. He is a founding director of the Vancouver Urbanarium and is on the advisory board of the School of Architecture and Landscape Architecture.
Soon after graduating Bryce established an annual fund for the School of Architecture in memory of a former classmate. He continues to be an active donor.

Bryce had the privilege of being appointed to the UBC Board of Governors for six years, chairing the Property and Planning Committee. During his tenure Bryce oversaw the approval of more than a billion dollars in capital projects for the expansion of UBC to the Okanagan Valley and creation of a vision for the UBC Okanagan campus. He now chairs the UBC Development Permit Board.

On the fun side, a big part of Bryce’s life is his avid skiing at Whistler and extensive travel.