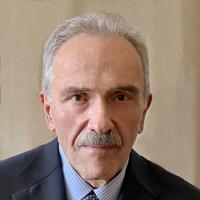 Dr. Guenkel is a renowned chemical engineer who has made significant contributions to engineering in Canada. Advancing a range of innovative chemical technologies, he has developed two generations of patented processes for the production of mononitrobenzene (MNB), a key intermediate used in the synthesis of polyurethane polymers.

In 1989, Alfred joined NORAM in Vancouver as one of five partners steering the company through the early successes that would eventually make it a world­leader in its chosen business sectors. Under Alfred's guidance, NORAM has since built 27 MNB plants - selling mostly to the major companies such as Bayer, First Chemical Corp. Dow Anilina de Portugal, Wanhua and ICI - accounting for more than 60 percent of the world's production of MNB, which currently stands at 13.5 million metric tonnes per year. NORAM has sold 7 MNB plants to Wanhua of China, the world's largest MNB producer.

Alfred has served as an Adjunct Professor at UBC and continues to be a generous mentor to junior process engineers.