UBC School of Biomedical Engineering (SBME) director Dr. Peter Zandstra, whose work has led to major advancements in regenerative medicine and cell therapy, has been appointed to the Order of Canada.

One of the country’s highest civilian honours, the Order aims to recognize individuals “whose service shapes our society, whose innovations ignite our imaginations, and whose compassion unites our communities.”

Dr. Zandstra, who was selected by the Governor General of Canada for his "pioneering leadership in the field of stem cell bioengineering and its subsequent innovative health and economic impacts," joined UBC in 2017 from the University of Toronto, where he achieved the university's highest academic rank and made transformational contributions to bioengineering research and education. 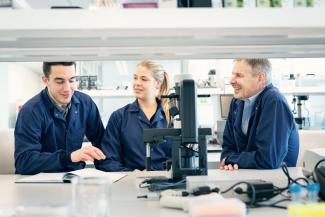 In addition to leading the SBME, Dr. Zandstra serves as director of Michael Smith Laboratories and as head of the Stem Cell Bioengineering laboratory at UBC. He is also the co-founder of the biotechnology companies ExCellThera and Notch Therapeutics and has received numerous awards and honours, including the John Simon Guggenheim Memorial Foundation Fellowship, NSERC's E.W.R. Steacie Memorial Fellowship and appointments as fellow of the Royal Society of Canada and the American Association for the Advancement of Science.

Dr. Zandstra holds a BEng from McGill University and a PhD from UBC, and he was a postdoctoral fellow at the Massachussetts Institute of Technology. 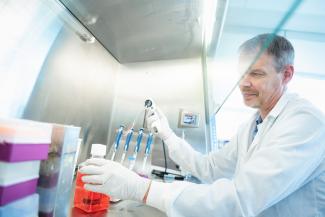 “Canada is defined by the people that make up this great country," said Her Excellency the Right Honourable Mary Simon, Governor General of Canada, in the official announcement. "These most recent nominees to the Order of Canada are shining examples of the commitment and outstanding contributions Canadians have made to the well-being of communities throughout this land, whether it be social, environmental, scientific, economic, cultural or related to mental and physical health.”

One hundred thirty-five people were appointed to the Order of Canada this year. For more information about Dr. Zandstra's achievement, please see the announcement on the website of the SBME.