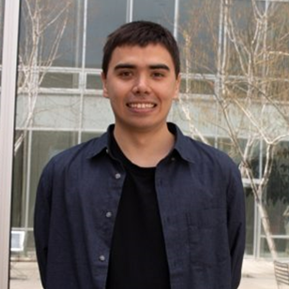 Kyle was born and raised in the Red River Valley of Winnipeg, Manitoba. He has Métis and Ukrainian ancestry. In 2012, he joined the Engineering Access Program (ENGAP) for Indigenous students in engineering at the University of Manitoba. There, he was introduced to physics in an upgrading course. As of now, he is nearing the end of completing his Ph.D thesis in the department of physics. In addition, he came full circle last year when he taught the upgrading course in the ENGAP program to new-coming Indigenous students.

As a student, Kyle has been involved in numerous leadership and activist roles which he plans to share at this meeting. In these difficult roles, he believes looking to our Indigenous leaders is important in this process. His work includes topics such as “financial access to physics,” “retooling the iron ring,” and an Indigenous reading group called “Nanda-Gikendan” which he named in honour of his Grandmother.

MORE INFORMATION ABOUT THIS SERIES