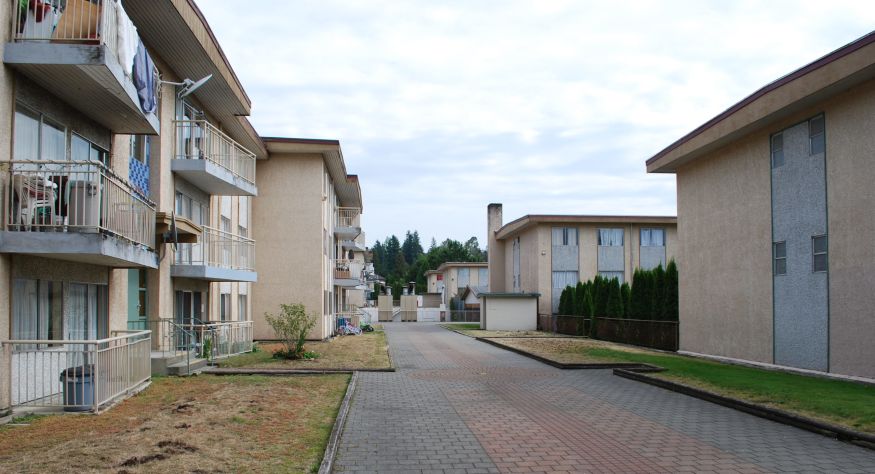 Transit-oriented development — which concentrates high-density housing, commercial activities and public spaces around a rapid transit station — can both be a boon and a bane for communities, suggests a new UBC study.

“However, it can also cause gentrification through the demolition of affordable rental housing. It can tailor the area towards condo homeowners, creating a very clear class difference between the former residents, who may not be able to afford to stay, and the new condo dwellers.”

For example, the Evergreen Line — an expansion of Metro Vancouver’s SkyTrain line into the suburb of Coquitlam — improved mass transit in the region but also contributed to displacement.

Jones conducted interviews with eight former residents of Whitgift Gardens, an older rental apartment complex located near the Evergreen Line that had long been a landing place for recent immigrants and refugees.

When Whitgift Gardens was redeveloped following the construction of the Evergreen Line, many residents were displaced, including the study participants.

“This is an example of perhaps the worst possible outcome of TOD in the region — where it compounds an existing housing crisis,” notes Jones. “What happened to these individuals speaks to concerns raised by researchers and policy analysts that TOD interventions could result in gentrification and the displacement of low-income groups.”

From 2015 to 2019, this neighbourhood saw a net loss of more than 600 rental units, indicating that a large number of tenants were displaced.

“It’s important to note that new transit stations are also often put in areas where there is less resistance to high-density development, such as areas with stigmatized social housing, certain suburbs, ethnic enclaves or central business districts, rather than single-family dwellings. So ironically, even though one of the goals of TOD is to equitably enhance accessibility, these high housing costs displace low-income households, resulting in a reduction of access to affordable rapid transit for those who need it the most.”

Jones notes that what happened in Whitgift Gardens is not unique. In Burnaby, hundreds of older rental apartments were demolished for redevelopment around Metrotown SkyTrain station prior to the last municipal election.

He forecasts that Vancouver’s upcoming Broadway subway, which will go through a huge concentration of older, low-rise rental buildings in Kitsilano and Granville, will create significant pressure on these buildings.

“When plans clearly state that hundreds of affordable rental units are going to be demolished, then there has to be a lot of thought put into what the potential consequences are, and what could be done to at least mitigate those costs and the harm it will do to people,” said Jones.

He added that the city of Burnaby now has one of the most ambitious tenant assistance policies in Canada in response to community outcry over the demolition of older rental buildings.

“Since 2019, tenants displaced due to demolition must be offered a replacement unit with the same number of bedrooms in the new building at 20 per cent below average rents. There are ways to pursue rapid transit and growth without causing gentrification and displacement.”

The above article originally appeared on the UBC News website.