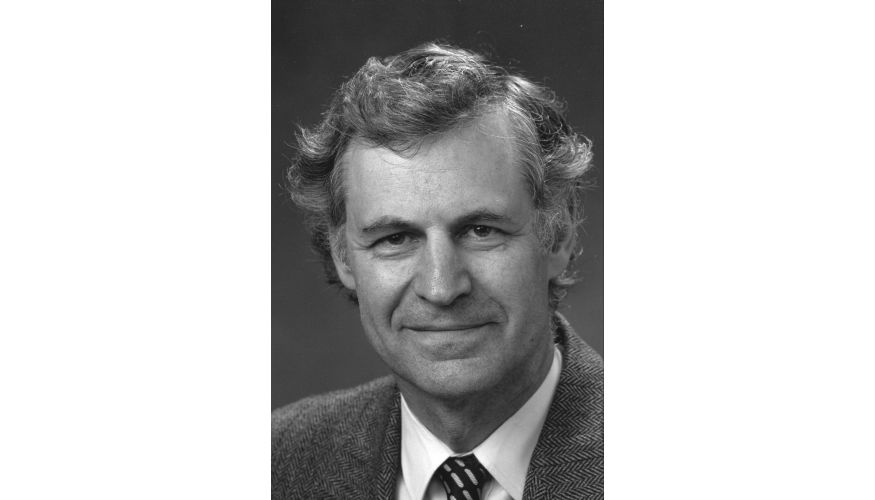 The highest honour the department bestows, the award was established to recognize members of the CHBE community “who have made exceptional lasting contributions to society, the university and the department through their engineering scholarship.”

“It is a unique pleasure to be able to honour John, a true titan of our profession, our university and our department,” said Charles Haynes, a professor of chemical and biological engineering at UBC and the current head of CHBE.

The award was presented to Dr. Grace at a virtual ceremony that featured remarks and reminiscences from many of his colleagues and friends. These included UBC Faculty of Applied Science Dean James Olson; Dr. Liang-Shih Fan, a professor of engineering at Ohio State University; and Sir David Harrison, Dr. Grace’s PhD supervisor at the University of Cambridge, as well as longtime industry associates at Syncrude and NORAM.

The ceremony — emceed by CHBE professors Xiaotao Bi and Naoko Ellis, both former graduate students of Dr. Grace — highlighted the immense impact Dr. Grace has made not only on the field of fluidization and fluid particle systems, but also on his students and colleagues, who have long regarded him as a generous mentor, leader and collaborator. The ongoing Grace Project on Tapestry provides a visual representation of the many meaningful connections he has made over the course of his more than five-decade career.

Speaking at the ceremony, Dr. Grace expressed his gratitude for the award and for the support of his students and fellow faculty members through the years. He also described CHBE's evolution from a fledgling department in the 1970s into the highly respected and influential entity it is today, and offered some thoughts on the future of his academic home.

“Eight of the 30 regular faculty are in the biotech area. I’m delighted that the department has been able to develop that area and create a real tower of strength,” said Dr. Grace. “I think one could look forward at some point in the future to the department reversing the order of the two names — biological and chemical. It really has been an extraordinary development over time.” 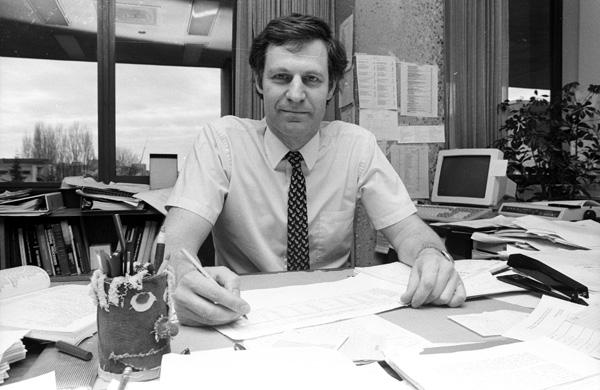 Dr. Grace has authored or co-authored over 700 publications, including the classic text Bubbles, Drops, and Particles, and he has served as a consultant to over 100 companies and on the advisory board of at least 15 scientific journals. He previously held a Tier 1 Canada Research Chair in Clean Energy Processes and co-founded Membrane Reactor Technologies, a Vancouver-based company focused on efficient hydrogen generation and use.

Among Dr. Grace’s numerous honours are the R.S. Jane Award from the Canadian Society for Chemical Engineering, the International Fluidization Award of Achievement from the Engineering Foundation, a Canada Council Killam Fellowship, the Career Achievement Award from the Science Council of British Columbia and both the Shell Thomas Baron Award in Fluid-Particle Systems and the Particle Technology Forum Award for Lifetime Achievements from the American Institute of Chemical Engineers.

At his induction ceremony, Dr. Grace was also named the recipient of this year’s Derek Geldart Medal from the Institution of Chemical Engineers, which recognizes individuals who have made "a significant recent contribution to research in particle technology." It will be awarded at the organization’s annual general meeting in June. Dr. Grace is an Officer of the Order of Canada and a fellow of the Canadian Academy of Engineering, the Royal Society of Canada, the Chemical Institute of Canada and the Engineering Institute of Canada.

A plaque in Dr. Grace’s name has been installed in the CHBE Hall of Fame wall in the atrium of the CHBE building. His award citation reads:

In recognition of his outstanding contributions to the department, its student body, and the profession of chemical and biological engineering, including his advocacy of and important research contributions toward the development of sustainable clean technology for industrial processes and energy production. Dr. Grace has served as Chair of the Chemical Institute of Canada, President of the Canadian Society for Chemical Engineering, editor of the journal Chemical Engineering Science, a Council member of the Natural Sciences and Engineering Research Council of Canada, and Director of the Division of Applied Sciences of the Royal Society of Canada. He is widely regarded as one of Canada’s most important and influential chemical and biological engineers. 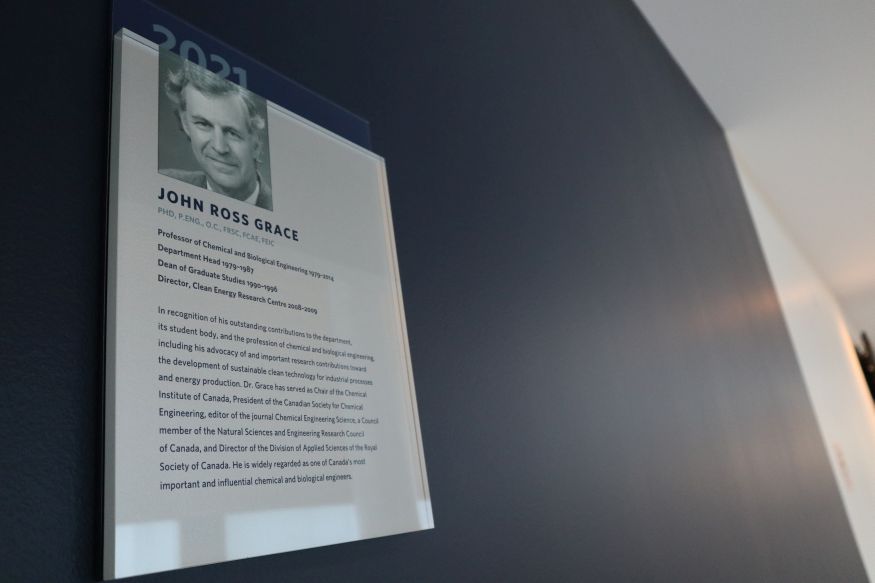