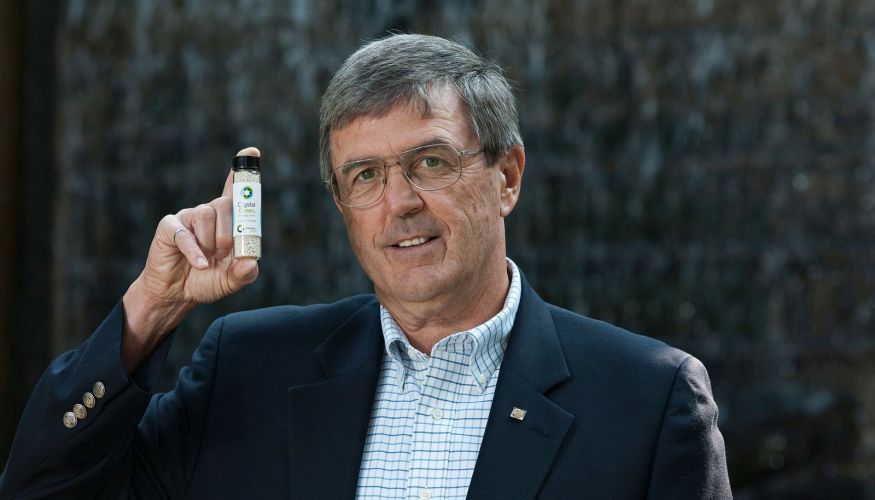 Donald Mavinic, a professor emeritus in UBC’s Department of Civil Engineering and an internationally recognized expert in water treatment, has been appointed to the Order of Canada “[f]or his contributions to environmental engineering science and technology in Canada.”

One of the country’s highest honours, the Order aims to recognize people “whose service shapes our society, whose innovations ignite our imaginations, and whose compassion unites our communities.”

Mavinic joined the UBC Applied Science faculty in 1973 and has led numerous advances in the field of wastewater management over the course of his career. These include the development of a system that transforms harmful phosphates from municipal wastewater systems into a clean, continuous-release fertilizer known as Crystal Green®, which increases crop yields and minimizes nutrient leaching and runoff.

In addition to helping wastewater treatment facilities keep their pipes and equipment free of costly mineral build-up, the technology may prevent toxic algae blooms in natural waterways and reduce the need for carbon-intensive phosphate mining. The reactor system, which is commercialized by Vancouver-based company Ostara, is currently in use at 22 sites across North America and Europe.

The Governor General of Canada announced 120 new appointments to the Order of Canada on December 28, 2019. For the full list, please see the official news release.