"A city full of life” — and lessons for urban planning 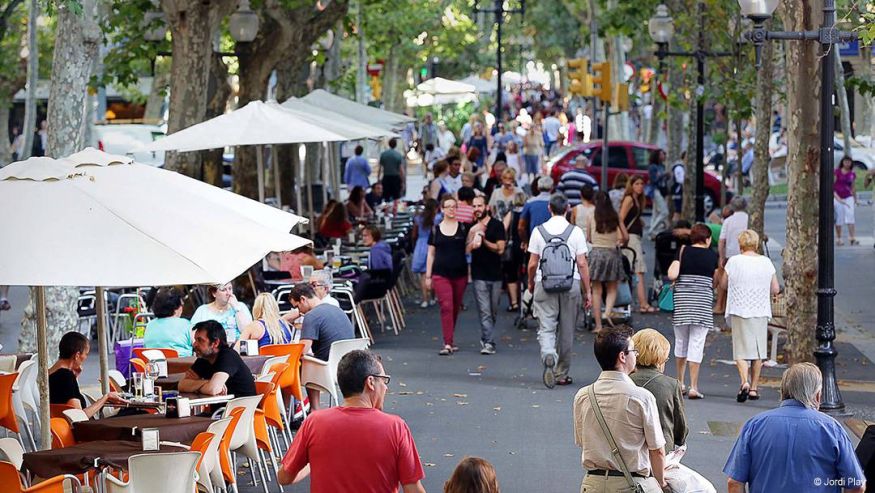 Le Corbusier, the pioneering architect and city planner, called it “a city full of life … a port open to the past and future.”

Cervantes’s Don Quixote said it was “unique in its location and beauty” — not to mention a “fountain of courtesy, shelter of strangers, hospice to the poor, land of the valiant …”

This summer, students from UBC’s Faculty of Applied Science (APSC) traveled to Barcelona as part of the Barcelona Planning Studio, a UBC Global Seminars course. For two weeks the group explored the city, analyzing its design and planning features and contemplating how they reflected the region’s culture, climate, geography and history. 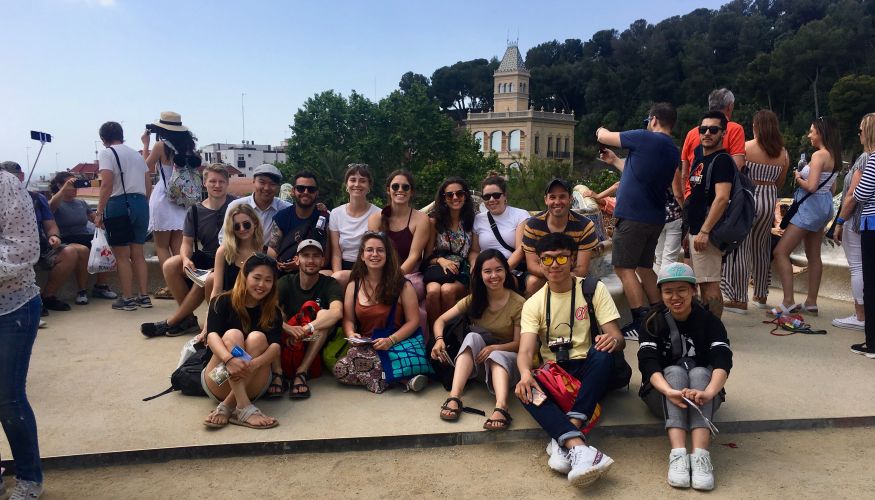 “Barcelona is one of the best places in the world to learn about urban history and planning,” says Jordi Honey-Rosés, associate professor in the UBC School of Community and Regional Planning (SCARP) and the course lead. “Many cities are old, but few allow visitors to see layers of urban development and transformation that can be traced back 2000 years.”

To better match a city’s public spaces to its residents' needs, planners, designers, engineers and architects must first know how those spaces are being used. So the APSC students spent 16 hours over four days observing four sites in Barcelona’s Poblenou district, a 19th century industrial hub whose old factories and warehouses have since been transformed into museums, galleries, shopping malls and restaurants — an evolution similar to that experienced by several neighborhoods around the city. 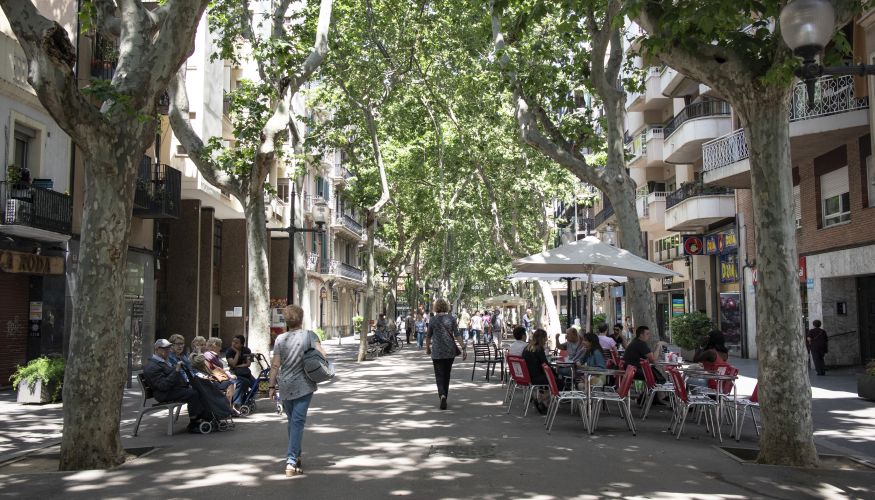 How many people stayed in or passed through each site? What were their ages, genders and modes of transportation? What did they do while they were there — sit, eat, hug, take selfies? The students collected the answers to these and many other questions in accordance with the Gehl Institute’s Public Life Data Protocol, a tool based on four decades of public life research that aims to help people systematically capture and structure information that is important to the understanding of public life.

But as the Gehl Institute itself recognizes, such an understanding requires more than cold statistics. It also requires engagement with community stakeholders, who can offer valuable insights that outside observers may not be able to achieve alone. So the students spoke with local residents and neighborhood groups, learning about collective efforts to convert abandoned spaces into gardens and places of rest. They also consulted with city government officials, who revealed themselves to be eager for innovative ideas for reducing traffic and boosting pedestrianism. 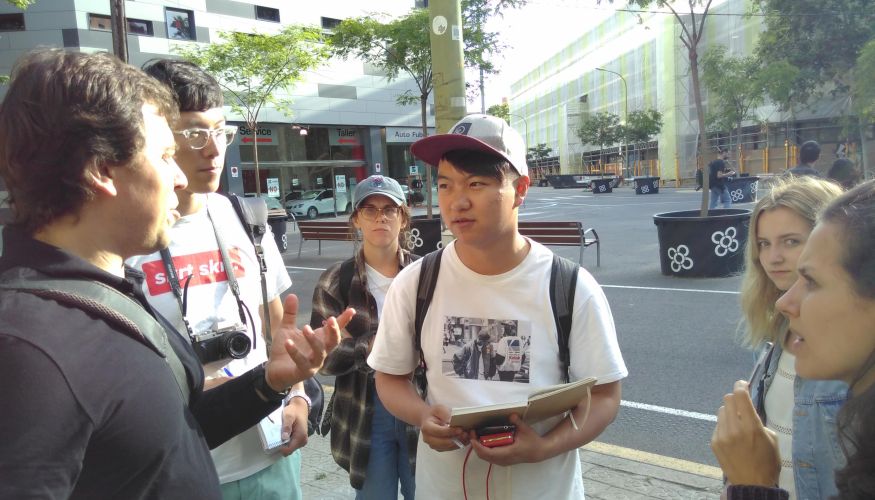 “Visitors to Barcelona are attracted to the high-quality public spaces and vibrant public life in the walkable streets and plazas,” says Honey-Rosés. “One feature we studied particularly closely was an innovative space called the ‘superblock’ — an area where motorized vehicles are not allowed in favour of creating pedestrian spaces.” The Poblenou superblock was awarded the 2018 European Prize for Urban Public Space, which aims “to recognize … the best works transforming public space in Europe,” and has received considerable attention from urban planners and the media.

The students found that while some spaces were used frequently and effectively, others were not — typically due to low population density at the site or a lack of appropriate facilities or services. The class then proposed a number of planning strategies to address these and other issues, including adding more trees, planters and mixed public seating to increase comfort and installing a greater diversity of public facilities — such as play areas and painted curbs — to make the sites more appealing to people of all ages. 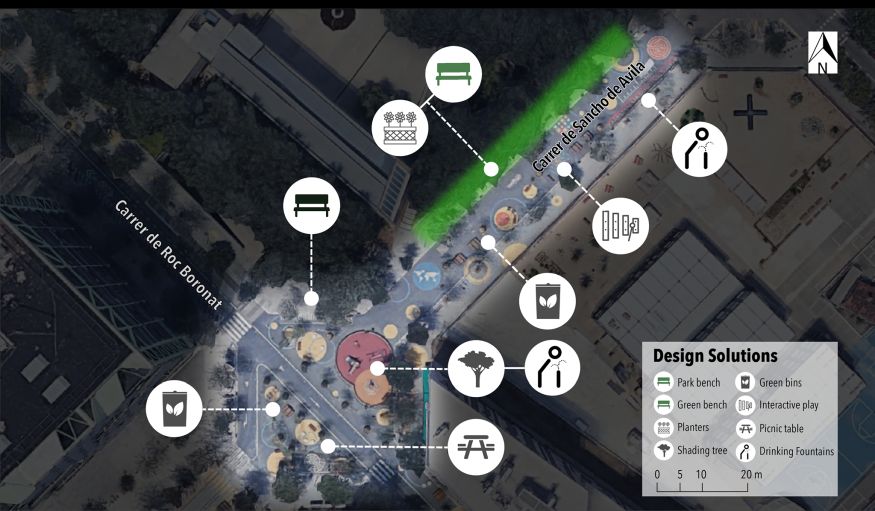 The UBC studio team — whose members hailed not only from SCARP, but also from the Department of Civil Engineering and the School for Architecture and Landscape Architecture — ultimately presented their findings and planning proposals to neighbourhood groups and residents at a public library event in Barcelona. Their final report, “Life in Poblenou: Observing Spaces in Transition,” was published this month.

“One of the main goals of the planning profession is to help build more sustainable and equitable cities,” says Honey-Rosés. “By exploring the world with eye to cultural history and public life, future planners, architects and engineers will be even better equipped to make a meaningful contribution to their city.”