Truth and the Role of Engineers in Decolonization

A four-part dialogue series set in the engineering context

Our speakers series introduced our UBC Engineering community to Indigenous knowledge keepers, industry professionals and faculty from across Canada. We explored our colonial history, learned about the intersection of the engineering industry and Indigenous peoples of Canada and discovered more about the role engineers can have in reconciliation in Canada. We were happy to bring our two UBC campuses together around these important topics.

The dialogue series was developed in collaboration with our Tahltan Nation partners and was divided into four topics, each including two presentations followed by small Sharing Circles where participants could further discuss, inquire and share. 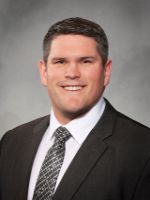 John Desjarlais Jr; Nehinaw -Metis from Kaministikominahikoskak (Cumberland House) with strong roots in Treaty 4. John started his career in 2001 in the mining industry and worked in a variety of roles including safety, maintenance and reliability engineering. During this time he also completed an undergrad in Mechanical Engineering, and a Master’s in Business Administration. John now proudly serves as the General Manager of Great Plains Contracting; An Industrial construction company whose primary owner is FHQ Developments – a First Nations company. John also serves his engineering regulator (APEGS) as Vice President, and as Director/Chair in areas of Safety (SCSA) and Indigenous outreach, development and engagement (CIAC-AISES, IRN). John is also currently working to complete his Masters in Governance and Entrepreneurship in Northern and Indigenous Areas (GENI). 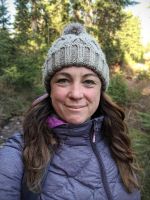 Pamela is an Assistant Professor of Teaching in Civil Engineering at UBC. She applies the theories of cultures of curriculum to develop learning experiences here at UBC. Through these experiences, she facilitates transformative and applied (industry-ready) skill development. These skills focus on communication for collaboration.

Early in her career, Pam worked as a consulting design engineering, then moved to engineering procurement strategy at BC Hydro. She worked with Engineers Without Borders on the decolonizing of rural infrastructure decision making. Pam co-founded the Engineering Leadership Council (ELC), a non-profit which enabled socially responsible design. The ELC programs she developed were recognized by Aleem Walji, Chief Innovation Advisor at the World Bank as “The most important thing to make a change in development.”. Pam has served on a UN group staff and board, and continues to do limited consulting work with industry leaders transforming their organizations. Her favourite work is having transformative conversations with her students and collaborators. 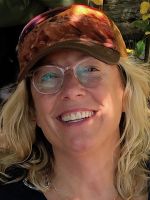 Jillian is a white settler woman who grew up as a visitor on Treaty One Territory and in the Homeland of the Métis Nation. She is an Assistant Professor in the Centre for Engineering Professional Practice in the Price Faculty of Engineering at the University of Manitoba. Her research work includes Indigenous initiatives, methodologies, and pedagogies in engineering education; student perspectives, identity, and learning; epistemological tensions in engineering education; and engineering competencies required for engineering practice. She received her BFA (visual arts), B.Ed., and PhD at University of Manitoba, and MFA (Visual Arts) and MFA (Creative Writing) at the University of Cincinnati and Purdue University, respectively. She teaches technical communication, engineering education research, and career design courses. She has 3 teenage and adult kids, 2 dogs, 2 cats, and one husband. She loves going to the lake, and plays ringette with a group of neighborhood mothers on a team called, The Awesomes! One day she’ll paint again, and publish a book of short stories. 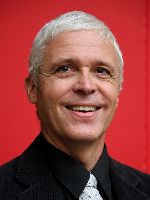 Randy is the Director of the Engineering Access Program (ENGAP) at the University of Manitoba. ENGAP is a support program designed to assist First Nation, Metis and Inuit students seeking an engineering degree. He graduated from the University of Manitoba in 1988 with a Bachelor of Science Degree in Geological Engineering. For ten years he worked as a geotechnical engineer and a project manager before taking on his current role.

Over the years Randy’s work with Canadian Indigenous communities and within the engineering field has shown him the lack of engineers of First Nation, Metis, and Inuit ancestry and the obstacles faced by these students to obtain a degree. His desire to help change these factors and make it easier for Indigenous students to pursue an engineering degree led him to become Director of ENGAP, a position he has held since 1998. 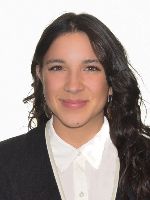 Chelsea is a recent grad from the UofManitoba Biosystems Engineering program with an environmental specialization. Her dedication to building safer spaces in communities she is a part of can be seen through the development of the University of Manitoba Engineering Society Equity Committee and W.O.M.E.N student groups, as well as her involvement as a student-athlete with the Bisons. Chelsea aims to continue this work as a newly registered EIT within Northwest Territories living on Chief Drygeese Territory, traditional home of the Yellowknives Dene and lands of the North Slave Métis. 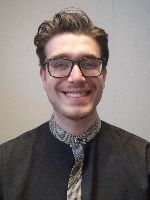 Reed is a Métis student from Winnipeg, working on his Master of Science in Biosystems Engineering at the University of Manitoba with a focus on the area of engineering education. His research has explored the incorporation of Indigenous Ways of Knowing into the engineering design process and engineering education. With this research he sought to justify current postsecondary Indigenous initiatives on the basis that engaging with Indigenous Ways of Knowing can be beneficial to engineers as they address complex issues. His current project is a study of the University of Manitoba’s Engineering Access Program, the goal of which is to gain a deeper understanding of both the program’s efficacy and the experiences of Indigenous students in engineering. 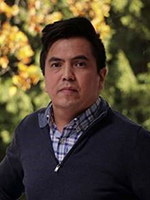 Ska-Hiish is a member of the Secwepemc Nation. He grew up on the Neskonlith Indian Reserve #2. Ska-Hiish comes from a family of internationally recognized Indigenous leaders committed to the self-determination of Indigenous Peoples. He learned Secwepemc laws and history around the kitchen table growing up and from Secwepemc Elders at community gatherings. He is one generation away from Canada’s Residential Schools which have a legacy of intergenerational trauma. He has represented Indigenous Peoples’ at various UN human rights bodies and the UN Permanent Forum on Indigenous Issues.

Ska-Hiish is committed to applying science and technology to improve the standard of living of Indigenous Peoples. He graduated from UBC Okanagan in 2011 with a Master of Applied Science. Ska-Hiish is a Registered Professional Engineer in BC and is presently a Senior Engineer at BC Hydro where specializes in real-time, hardware-in-the-loop electromagnetic transient simulations for power system studies. 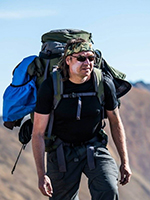 Curtis is a member of the Crow clan and Nalokoteen (end of the ridge nation) of the Tahltan Nation and his Tahltan name is ‘Nenh glun adz’.

He also is a community leader who has focused on land-based leadership development for Indigenous youth. He co-founded a Tahltan NGO that facilitates land-based youth leadership, community-led monitoring, documenting Tahltan knowledge, and developing climate change adaption strategies through food sovereignty and traditional way of life.

Curtis was the elected Chairman of the Tahltan Central Council and was responsible for representing the Tahltan Nation on the reconciliation of inherent Tahltan sovereign rights with the assertion of Crown sovereignty. 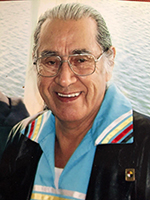 Albert is from the Moose Clan of the Mi'kmaw Nation. He is a passionate advocate for the preservation, promotion, and revitalization of Mi'kmaw Traditional Knowledge, including language, spirituality, stories, practices, and ways of knowing. In 2009, Albert and his late wife, Murdena Marshall, were awarded honorary doctorates in recognition of their devotion and commitment to this work. Their energy, wisdom, and knowledge helped create the innovative integrative science academic program at Cape Breton University in the 1990s. Together, Albert and Murdena developed KECCA (Knowledge Education & Culture Consultant Associates) to better enable their work and to encourage a strong future for the Mi’kmaw Nation and its peoples.

Albert is a passionate advocate of cross- cultural understandings and healing and of our human responsibilities to care for all creatures and our Earth Mother. He a fluent speaker of Mi'kmaw and the designated voice for the Mi’kmaw Elders of Unama’ki with respect to environmental issues. He coined the phrase “Two-Eyed Seeing” / Etuaptmumk, as a guiding principle for collaborative work which encourages learning to see from one eye with the strengths of Indigenous knowledges and ways of knowing, and from the other eye with the strengths of Western knowledges and ways of knowing ... and learning to use both these eyes together, for the benefit of all.

In 2009, Albert was awarded the Marshall Award for Aboriginal Leadership as part of the Eco-Hero Awards delivered by the NS Environmental Network.

Do you have any EDI.I-related questions?

Get the latest EDI.I news, events and recommendations